Horizon Radio Broadcasting Loophole, this was a loophole in the 1947 wireless telegraphy act and here we credit Radio Jackie as they discovered it first (we think) and used it for a number of months before the other stations found out what that loophole was.

We believe it was Radio Jackie a pioneering Community radio station on Medium Wave broadcasting from South West London that discovered the loophole in the UK 1947 wireless telegraphy act in late 1983 or early 1984. Skyline Radio (pop station) on MW and FM soon followed in Radio Jackie’s footsteps.

Horizon Radio was just down the road from Skyline, We called them and were invited around to their studio for a chat.

Bob or Steve was larger than life and Bob gave us a lecture on just how useless Horizon Radio was. Then Bob/Steve gave us the price he wanted for telling us what the loophole was. The cost was 100% of any advertising money Horizon Radio would ever make. This he said was going to have to be written into a document by his brief up in East Dulwich. This would mean any money Horizon Radio ever made to continue the service that was needed as we were a soul station and not a run of the mill pop station would go to Skyline.

As many may know, you cannot run an enterprise on what Mr Dunn/Fox was suggesting. The offer was turned down and he got a bit upset.

Chris said no way, how do you expect us to survive, if you take all the money? Bob answers “That’s your problem not mine mate”. 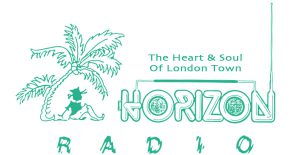 Bob then offers a new deal, “Ok we will accept half of your advertising revenue” Chris then starts playing him at his own game, not hard to do as a few bricks short of a load that one. Bob/Steve keeps on about his brief in East Dulwich and getting it written into law and said this many many times.

Finally in the end Chris and co leave Bob to his ego, with one thought, Brief East Dulwich. Yellow pages comes out, one Solicitor comes up, (not a Brief) a solicitor. Horizon phone him and ask him if he knows anything about the radio broadcasting law. He invites us up for a meeting.

Now if he was Bobs (Steve’s) Solicitor, he would not have told us as client privilege comes into play. But in no time at all he tells us what he thought. (He did not charge us for that meeting by the way). Horizon Radio Broadcasting Loophole found We hoped.

The RID need a Court Order on each and every piece of equipment located on private property before Mr Eric and co (RID) could remove it!

Brian Antony at JFM was informed fully of that meeting and events when the Radio Interference Department (Eric) visited the transmitter site in March of 1984 and had to give the transmitter back to Chris. Brian also told Chris about Mr Dunn/Fox offering him the same sort of deal as Horizon, then offered to tell Brian for £5000. Horizon Radio found out what the loop hole was by using our own intelligence?

Horizon Radio first and then JFM came on 24/7 soon after.

Bob was not happy about Horizon finding out what the loophole was, as his comments in newspapers & later on websites showed. Steve you gave the show away with the Brief after Brief comments. Horizon just shared what we had found out Free Of Charge with all the other stations, as Skyline should have done. Foxed Then Foxy?

Stuart, Mr Dunns partner in Skyline was soon on the phone as you will hear below. After that the bull$hit started to flow, Mr Dunn/Fox and his mate should have been farmers, as most suited to working in that environment.

When Chris caught up by phone with him, it was verbal abuse as Skyline had lost out and was holding Horizon accountable, He was told to to grow up amongst other things. Horizon did not hear anymore from the pair, but did read some of the rubbish they span to others who like them have trouble in telling the truth in books and websites. Jealousy and Envy turns people into Super Muck Spreaders?

The Broadcasting loophole was closed during the Summer of 1984 when the new law was passed.

The sad thing here is that all the money Horizon Radio ever made from advertising and events over the 4 years, would not match what you could earn as a shop assistant working in Top Shop 40 hours a week. A few DJ’s (1) made piles of cash (so he said). Venue owners where Horizon Radio held events, charged (70% to 80%) of door money, they also kept what came over the bar. Intermediaries also pocketed the cash. The Soul stations today are loosing money, up in eye watering terms, DJ’s do not get paid for doing their shows or even mileage allowance, some even pay £125.00 to do shows, that is why your hear about their next gig every other record. It could and should have been so different!

Horizon Radio, it was all about the music we loved and not the cash, unlike today with some desperately trying to top up their pension pots, at Soul Music Artists expense!