The Original Horizon Radio Soul Family came into being over the bank holiday August 1983 when Vauxhall In London came to a standstill. But it had started in early 1982 when the younger generation, who today would be in their 50’s, sent in their drawing & photo’s by post and requests via the telephone. This was the making of the station.

The Original Soul Family came into being over the bank holiday of 1983, but started way back in 1982 with our listeners and their drawings, paintings and photo’s they sent in to us to decorate the studio. Horizon Radio also ran a live telephone request line from almost day one.

Anne Mcdowell was the person who ran that request line on 01 701 0031. Over a short period of time she built up an amazing relationship with our listeners. That telephone never stopped ringing, even when we were off air the phone rang. In the end we had to put in an answerphone which did not last too long as it burnt out, so a commercial answerphone had to be put in along with another telephone line.

It was surprising how young some of our listeners were, some just 8 years old and in bed on a Sunday evening listening to Horizon Radio. Their parents also tuned in too. In those early years many of our listeners were still at school and took us with them and told friends about us, especially if they had got a request and name check the Sunday or Wednesday night before. Their friends went home and told their parents about the station and they told their friends and family. The station just grew and grew and as the listener said may times we are  just one big happy family listening to Horizon Radio.

Letters poured in to Horizon Radio PO Box 944 London SE5, Rachel from Putney was one of the first with cards and letters most weeks. Picking up the mail bag was another highlight of the week. Unfortunately our friends at the post office, stopped us having that one (Thanks RID) after about a year. The new address became Horizon Radio C/O Hitman Records 2 Lexington Street London W1. It was brilliant to see so many letters and the artwork pouring in. A lot of the artwork was done by school children and some of those early bits of artwork depicted Horizon Radio and themselves as a family.

Anne was brilliant on that phone line and treated everyone the same. It did not matter what age you were, you got respect. If you listen to some of the old shows and the requests read out by the DJ’s, Anne’s name always got a mention sooner or later.

The Design for the Horizon Radio Logo came from one of our listeners and still looks fresh today some 40 years later. Somewhere we have got that persons name and will if we can find it we will add it to this page as a big thank you.

The Horizon Radio alldayers started in early 1983 at Kisses Nightclub in Peckham. it was a full house in minutes. The age groups were across the board and again a family type atmosphere. After 3 more events at Kisses, the venue was just too small, so Horizon Radio moved to the Podium at Nine Elms Lane Vauxhall London.

That event was broadcast live over London Town via the Horizon Radio outside broadcast unit. No one could have foreseen just how many people would turn up. The venue was rammed in minutes, 5 Star and many more artists did PA’s. Junior King looked out of the window of the podium and said “Look at this Chris, It’s a roadblock”. We had never seen anything like it. The listeners who could not get in, just parked their cars outside the venue, opened their car doors and cranked up the stereo in their cars.

It was a roadblock even the legal radio stations were putting out traffic reports warning motorists to avoid Vauxhall at all costs as there was an event going on. Looking at those Horizon Radio listeners outside, Chris was shocked as to the age demographics; it was family’s, young children, Moms, Dads and Grandparents all with one thing in common Dancing In The Street and they looked great.

One comment later, by Chris “The Horizon Radio Soul Family Are Here”. Those two words Soul Family, then and even today must be some of the most used words on soul radio. That event provided memories to last a lifetime, so amazing to see so many people so happy on that August bank holiday of 1983. 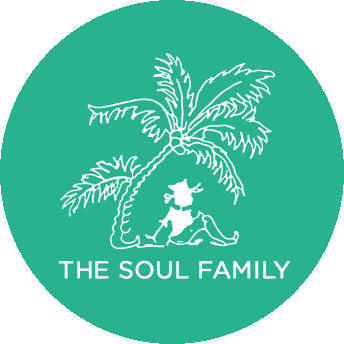 From that day on, all DJ’s have said Soul Family at one time or another, but the original one was the Horizon Radio Soul Family and boy did our listeners support us at all events and on the radio. When the station was closed down by the RID in October 1984, the Horizon answerphone was constantly ringing asking and pleading for the station to comeback. When the Horizon came back in January 1985 that answerphone never stopped ringing, 2 years after Horizon Radio closed down to apply for a license, the phone was still ringing.

Roadblock, ET sat back in the Horizon Radio Studio in Comber House rebroadcasting the link from the podium also used the word to warn listeners not to attend as the venue and area was full to capacity. From that day on Horizon Radio and other DJ’s in advertising used the word “Roadblock” to describe what their events were going to be or had been. The question is did Stock, Aitken & Waterman after hearing the word, so often come up with record release in 1987 entitled “Roadblock”. Who Knows.

Thanks To Anne and the way she worked those telephones, the younger generation of the day fell in love with Horizon Radio, they took us to their hearts and into their homes, shared us with their friends and family’s! No other radio station has achieved the family status and that is where today many radio stations have gone wrong, hence sadly Soul Music does not sell like it once did and listeners don’t listen like they used to do.

The magic formula that made Horizon Radio such a much loved station in London and beyond was???

We took it to the limit as an unlicensed broadcaster in the 80’s, it could have been so so different and even better if Horizon Radio had got that radio license in 1986!